Sharing the Good News
<< Previous
Next 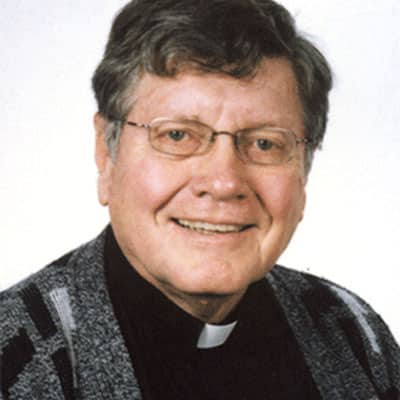 His current parish mission is called "Will our Faith Have Children?"

Fr. Campbell is a native of the Bronx, where he attended Holy Spirit Parish and School.

He entered the Paulist novitiate in 1961 and made his first promises on September 8, 1962.

He earned his undergraduate degree and an M.A. in Theology from St. Paul’s College, the Paulist seminary in Washington, D.C., which was then a degree-granting institution.

He was ordained a priest by Archbishop John Maguire on April 27, 1968,

(Listen to an audio reflection recorded on the 50th anniversary of his ordination.)

You may also find photos from his life and ministry on Pinterest.

A video profile of Fr. Campbell created in 2018: 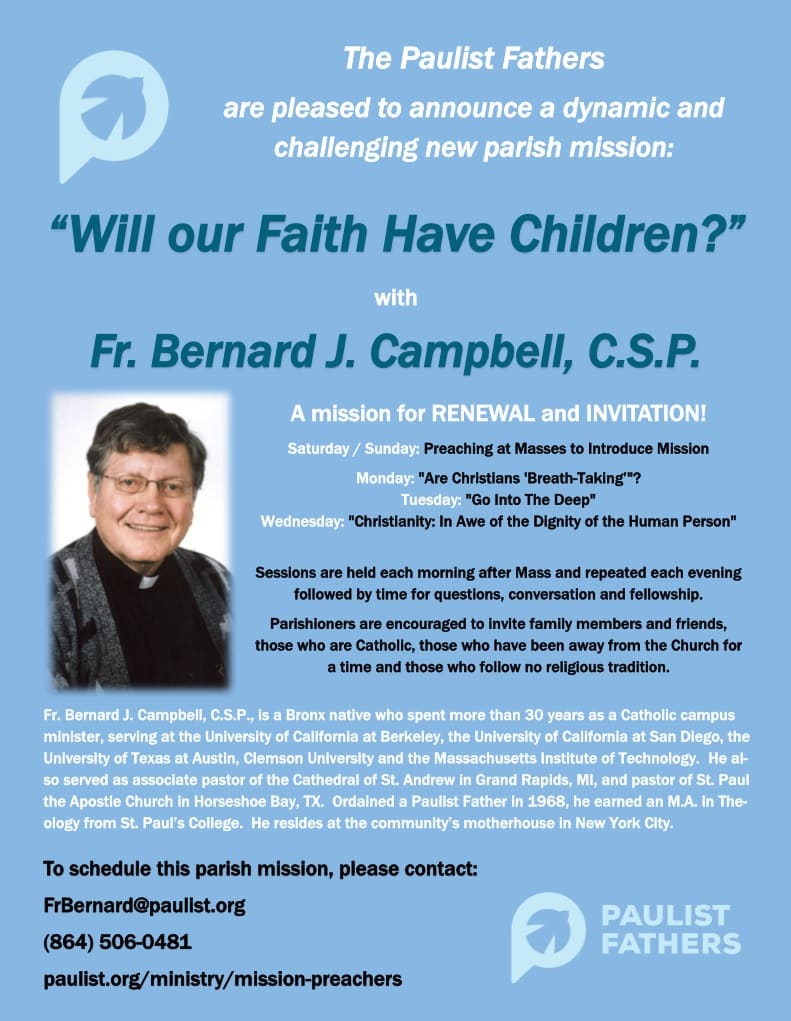