Our First Consultor
<< Previous
Next 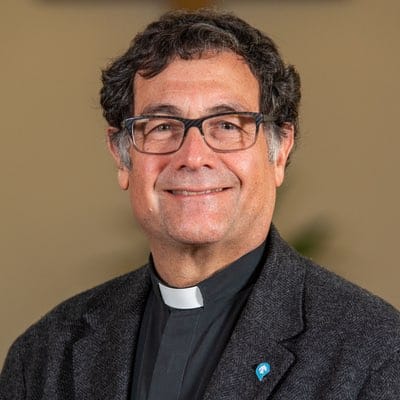 Paulist Fr. Frank Desiderio is a native of the Washington, D.C.-area.  He attended the University of Maryland at College Park.

Fr. Frank has served since May, 2014, as first consultor, or chief advisor, to the president of the Paulist Fathers.

He also serves as director of St. Mary's at the Lake, our summer retreat at Lake George, NY.

During his tenure at Paulist Productions, he was a producer of the 2004 television film "Judas" and the 2009 documentary "The Big Question: A Film About Forgiveness."

He also conducts workshops, days of recollection and parish missions centered around forgiveness and the life and ministry of Pope Francis.

Fr. Frank is author of the Paulist Press book "Can You Let Go of a Grudge?".

You can also listen to this interview on Storycorps.