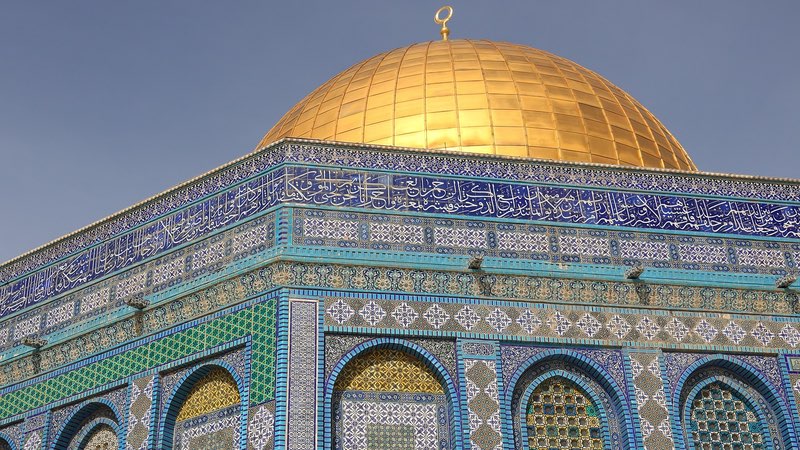 The National Catholic/Muslim Dialogue (NCMD), sponsored on the Catholic side by the U.S. Conference of Catholic Bishops’ and its Office for Ecumenical and Interreligious Affairs, and on the Muslim side by the Islamic Society of North America, is the successor to three Regional Dialogues (West Coast, Midwest, and Mid-Atlantic) that began about 20 years ago and continue to meet annually.

NCMD met in Chicago at the Catholic Theological Union on March 25/26, 2019 for its fourth meeting, guided by its co-chairs Cardinal Blase Cupich, archbishop of Chicago, and Shaykh Abdool Rahman Khan of Charlotte, NC.  It was the fourth meeting of the NCMD which has approximately a dozen participants on both sides. The focus of this meeting was to find a way forward as to how Catholic/Muslim dialogue can be expanded and involve more people in the country today. The increasing instances of anti-Muslim activities in the U.S. and around the world impel people of both faiths to promote acceptance and respect on the part of their own members in particular and the country at large.

The meeting fittingly took place on the Feast of the Annunciation of the angel Gabriel to Mary, a holy day for both Catholics and Muslims. The members began the dialogue by sharing some of their perceptions about Mary with one another and reflecting on the question “How is Mary a model for us all?” One of the Catholic participants, Msgr. Alexei Smith, reflected that “Our Muslim brothers and sisters have largely the same narrative as we Catholics do regarding Mary. Most of our church members are not aware of this.”

One of the Muslim participants, Anwar Khan, shared his perception that “Protestants do not talk much about Mary, but Catholics and Orthodox do.” Cardinal Cupich acknowledged that: “The only daily prayer for many Catholics is the rosary. It’s worth looking at how we can sensitize our Catholic community to how we share a common mother with our Muslim brothers and sisters. They also have schools and organizations bearing the name of Maria.”

Resourcing Our Catholic and Muslim Communities

In the following session on Resourcing our Muslim and Catholic Communities, Muslim participant from Southern California, Maria Khani, observed that we need to start a program for kids, bringing them together in a friendly environment where they interact with and learn about each other, e.g. home-dinners during Ramadan and Christmas. The result, she noted, is that strangers evolve into friends.

As for adults, Maria promotes Scripture study groups so they learn more about the Qur’an and Bible, and the authority of each within their religions. She reported that  there are now about 30 such study groups in the U.S.  “We do ‘basic beliefs’ in Muslim and Christian traditions, which motivates the participants to do more studies. The aim is to hear the other explain how they understand their own faith and the difference their faith has made in their lives,” said Khani.

In the group discussion, Judi Longdin reflected that “What we Catholics are good at in our dioceses is bringing people together for a particular occasion. What we’re not good at is creating opportunities for people to continue to meet with one another.” Muslim Religious Studies professor Dr. Zeki Saritoprak from Ohio reported that “We have a Qur’an-Bible Study that has been going on for about 10 years. People meet every 3 weeks. Those who come together talk about a chapter from the Qur’an and/or a chapter from the Bible.”

Cardinal Cupich reflected “We’re in an urgent historical moment. We have people who live in their own social enclave. Our effort for dialogue needs at least to see how we can have a pilot program as a test case for how dialogue takes place by having people relate to each other as human beings. I see our project as an opportunity for our communities to have some interaction with one another. There are 2 levels for dialogue. The first is grass roots dialogue. This is important for the future of humanity. The 2nd level would be scholarly dialogue.”

The group proceeded to reflect on and discuss a Strategic Planning Process for the development and use of programs that would bring together leaders, clergy, grassroots people, and provide a safe space for all, a forum in which diversity can be lived respectfully, and “the other” experienced as profoundly human in both their strengths and weaknesses.

They agreed that the various forms of dialogue all have a positive contribution to make: Dialogue of Theology with focus on sacred texts; Dialogue of Spiritual Experience with focus on ritual practice; Dialogue of Life looking at what can we do in our own back yard; and Dialogue of Action, such as working together on local initiatives for the care of creation.

Promoting a Culture of Encounter

In an evening presentation open to the public and focusing on “A Document on Human Fraternity for World Peace and Living Together” signed on Feb. 4 in Abu Dhabi by Pope Francis and Sheik el-Tayeb, a leading religious authority for many Sunni Muslims around the world, Cardinal Cupich observed that “Our two faith traditions are not completely at odds. We are brothers and sisters of the one true God. We must cross over the murky waters of fear to promote peace and justice. We must stop the shedding of innocent blood that the world is experiencing. We must cultivate fraternity at every level of society. Love of one’s neighbor is inseparable from love of God.”

“How do we do this?” asked Cardinal Cupich. “By promoting a culture of encounter and fraternity which involves 3 fundamental steps: 1) establishing and nurturing dialogue.  2) striving for cooperation. 3) Working towards mutual understanding of one another’s beliefs and practices.”

Muslim Co-chair Shaykh Abdool Rahman Khan agreed, saying: “We cannot remain silent. We have to strengthen our national institutions. Hold our politicians accountable when they preach hate. We cannot allow the promulgation of divisive politics. Terrorism and violence is not a ‘Muslim thing’. Extremism in all forms needs to be called out. Many of our faithful are left in despair. But peace and love can conquer despair. We cannot give up. We must confront this evil with all that we have. What do we do? We turn to God.”

In the coming year, a Task Force committee will focus on creating a strategic plan for constructive initiatives or programs that could be implemented in the different regions of the country.

Resources for understanding Islam are available at the USCCB website.

Thomas Ryan, CSP, is a participant in both the Mid-Atlantic and National Catholic/Muslim Dialogues.