Kindness And Civility in Society: A Call to Common Purpose 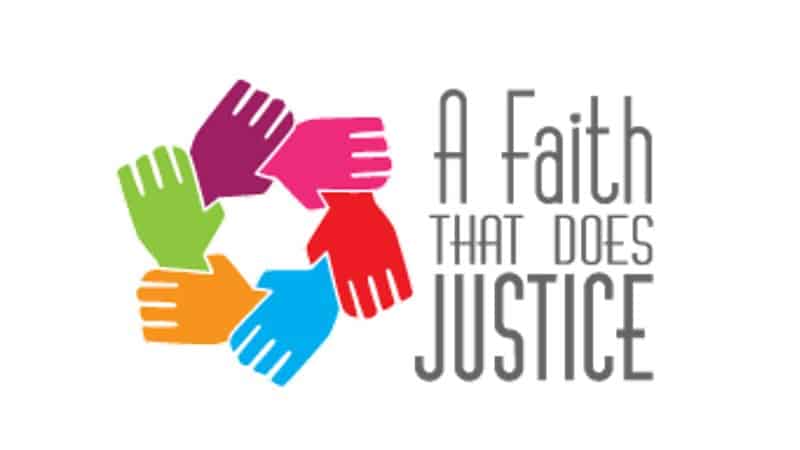 In 2015, Peter Gyves, a Jesuit priest and Pediatric Endocrinologist, founded and piloted in San Diego, CA a program called A Faith That Does Justice and moved it to Boston in late 2016. A Faith That Does Justice Inc. is an interfaith organization that raises consciousness about social issues affecting the most vulnerable among us and offers opportunities for people to walk in solidarity with those whom our society marginalizes.

A Faith That Does Justice welcomes people of all races, religions, cultures and sexual orientations. It is respectful of these differences and seeks to overcome the social, political and economic barriers that separate people from each other. The organization offers workshops, community meetings that focus on the social issues that affect the most vulnerable among us, and emphasizes faith in action.

On March 26, A Faith That Does Justice offered an evening of reflection on “Kindness And Civility in Society: A Call to Common Purpose”, featuring 3 panelists from the Theology Department of the Morrissey College of Arts and Sciences at Boston College:  Kenneth R. Himes, O.F.M., Ph.D., Professor of Theological Ethics; Shawn Copeland, Ph.D., Professor of Systematic Theology; and Cathleen Kaveny, J.D., Ph.D., Darald and Juliet Libby Professor of Law and Philosophy. Ken served as the question-poser, and Shawn and Cathleen as the responders.

The underlying conviction was that it is not just what you say, but how you say it that matters. Today, that is especially true in our polarized political setting. The polarization is so severe that we no longer listen to counter-posing arguments and rationale. In a time when disagreement too often leads to hatred and disrespect, a conversation was engaged in about civility and kindness in society.

The questions Kenneth put to Shawn and Cathleen were along these lines: We’re living in a society today that is marked by contempt. What is it about our national conversation in our polarized political setting that is so destructive? What did we do to bring this down on ourselves? What does civility look like?  What components might be involved in creating a culture of civility?

All religious traditions have some form of respect for one another. Part of that is letting the other be “other”. What qualities would you say need to be raised up for us to help us become people who engage with others in the public square?

What follows is a summary of some of Shawn and Cathleen’s responses.

This the first time we’ve had such a rigid oppositionality in our national life. When we think about who belongs and who doesn’t, we live only in the present, not in the historical context of our country. We tend to forget that we don’t all have the same cultural and linguistic backgrounds. The tendency is to regard the “other” with an attitude of  “I’ve been here and I belong; you haven’t been here and you don’t belong.”

When I remember the hardships of my ancestors, I should ask: Can I make it easier for someone else? If you’re a humanitarian, you can see the other as an expression of the Transcendent. I share some basic humanity with that person. It means saying “good morning/afternoon”, or opening the door for someone. Not being angry and assertive. It’s a basic formal engagement with people.

There is room for constructive anger. You have to get angry about not having clean water or access to education. And you’re moved to do something in a constructive way.

There’s a willingness to research your opinion/our policy. What are other perspectives? What are the best possible actions? It’s a willingness to look beyond one’s own opinion. Are we open to an approach other than that to which we have become accustomed? Are we willing to collaborate?

We have to learn how not to be afraid of each other, the past, the future.

Hospitality and learning how to listen are important qualities. We shouldn’t imagine that earlier on there was this “golden age” in which everyone was polite and treated others with respect.

Patriotism isn’t just about holding our flag. It’s also about making sure that people have the possibility of a decent life—a place to live, some food, clothes.

I see in many others a mindset that, if you’re not exactly like me, you may not be a real American, and therefore I need to treat you with suspicion and fear. We’re not saying about our country: “It’s good that we are all here!”  We’ve lost our inclusiveness as a nation. The Muslim community is experiencing this—“You’re un-American”.

Our Puritan ancestors really modeled themselves on the Jewish community in their relationship with God, feeling that if they violated their covenant, God would punish them. As they went on and became more pluralistic, they found that this was a powerful way of thinking, but it got detached from a clear covenant with one another.

What we need to do is to recapture a sense of what our common agreement is, and use that to temper and shape our righteous anger when something offends us. We’ve got to return to discerning when anger is appropriate and when it’s just letting off steam in a way that is destructive.

We need to ask: what is our common project? And to try to see what good the other is pursuing even when they seem to me to be totally wrong-headed. When someone has a policy dispute with me, how do I look at it more broadly?

We may have different ideas about how to attain the good, but we’re both looking for something constructive. The way we build civility is by engaging with one another and learning to work together.

I’m part of a population, a country, and I have a responsibility to help clean things up. If you read both the U.S. Constitution and Declaration of Independence through the poem on the Statue of Liberty, you get a vision of a country that is so expansive it can take in everyone.

Do we know enough about other religious traditions to respect them? Could we have some mutual education sessions?

We are a unique society, and we should be proud of it. We may not be a melting pot, but we are a “soup”.

This synthetic overview of the session is offered by Thomas Ryan, CSP. For more information about A Faith That Does Justice, see faith-justice.org