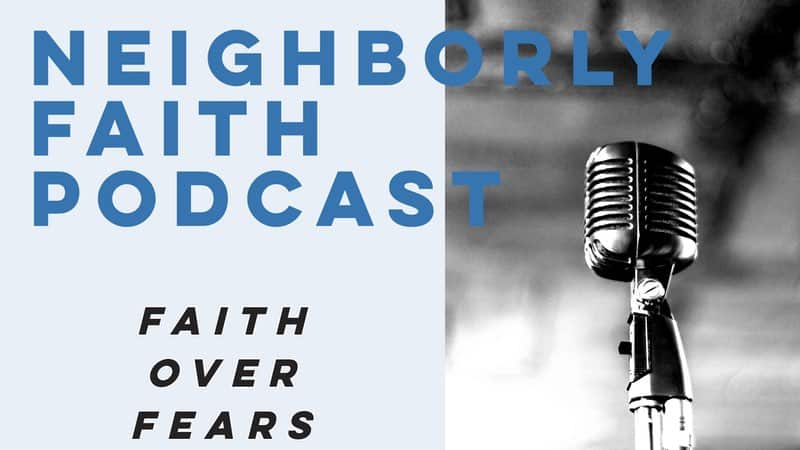 Neighborly Faith, an organization of Evangelical Christians, released in partnership with Glenmary Home Missioners a six-episode audio podcast series in February on ecumenism. It is entitled:  “Divided We Stand: Evangelicals and Catholics Search for Common Ground.”

Glenmary is a Roman Catholic missionary society that ministers in the rural U.S. Southeast. This work includes traditional church planting, nurturing the small Catholic population in these areas, and ministries of evangelization, justice and ecumenism. Given this geographical area, relationships with Evangelical Christians are a particular focus of Glenmary’s ecumenical work. While unity may be an elusive goal, Glenmary strives to “enhance understanding, reduce alienation and foster reconciliation” between Catholics and Evangelicals. In addition to local efforts, much of this work today is done online.

As their website says, Neighborly Faith’s mission is to “equip Evangelical Christians to love ALL our neighbors, no matter their religion.” They do this by “sharing the expertise of Evangelical scholars and practitioners to train a generation of leaders to love and lead like Jesus in a diverse world.”

The Co-Directors of Neighborly Faith, Chris Stackaruk and Kevin Singer, were students at Wheaton College in 2015 when the tenured professor Larycia Hawkins sparked a national discussion by wearing a hijab in solidarity with Muslim women. Hawkins ultimately left her position. That experience was formative for them as it raised questions they continue to ask today. Solidarity between Evangelicals and Muslims continues to be of central importance to Neighborly Faith.

Neighborly Faith hosts an audio podcast ministry. Like Glenmary, they also conduct much of their work online. In travels to Boston and Chicago, Neighborly Faith encountered a number of ecumenical movers and shakers. They met with laymen, professors, students, and clergy to ask the hard questions about the state of ecumenism today, the biblical support for unity, why ecumenism is so difficult in our society, and what ecumenical dialogue and action can realistically look like.

Given the historic estrangement between Evangelicals and Catholics, they were eager to find out through honest conversations why this was the case. In every interview with Evangelical guests, they asked the question: “What is your impression of Catholics?” Many Evangelical guests told stories of how they negatively perceived their Catholic neighbors.

However, a pattern emerged: after describing a negative first impression of Catholics, every guest followed up with the phrase, “and then I actually met a Catholic.” After this came a dramatic shift in how that Evangelical began to imagine his/her Catholic friends. Primarily, the language used shifted from “neighbor” to “brother and sister.” The expectation became less about finding the lowest common denominator in which the two traditions could justify working together, and became more about brothers and sisters working together under the banner of Jesus Christ.

What became apparent through developing this series was that ecumenism is a relational act. Furthermore, it is not a rejection of difference, but an embrace of diversity.

That ecumenism is creating new pathways for relationship should not come as a surprise. The Christian God is a relational God, a loving God, who has called us to love our neighbor as ourselves. These divine attributes of God are manifest in the Church when she gathers together as one Body, just as Christ and the Father are one (John 17:21). In an increasingly divisive and conflicting world which seeks to emphasize difference over commonality, there is no better time for us to stand together and bring to action the words of the Apostle Paul:

I therefore, a prisoner for the Lord, urge you to walk in a manner worthy of the calling to which you have been called, with all humility and gentleness, with patience, bearing with one another in love,  eager to maintain the unity of the Spirit in the bond of peace. There is one body and one Spirit—just as you were called to the one hope that belongs to your call— one Lord, one faith, one baptism, one God and Father of all, who is over all and through all and in all. – Ephesians 4.1-6

You can go directly to the first episode here (subsequent episodes will play automatically).

For a report on the series, bios of speakers, links to the podcasts and to other work by Neighborly Faith, please visit neighborlyfaith.org/ecumenism-series.