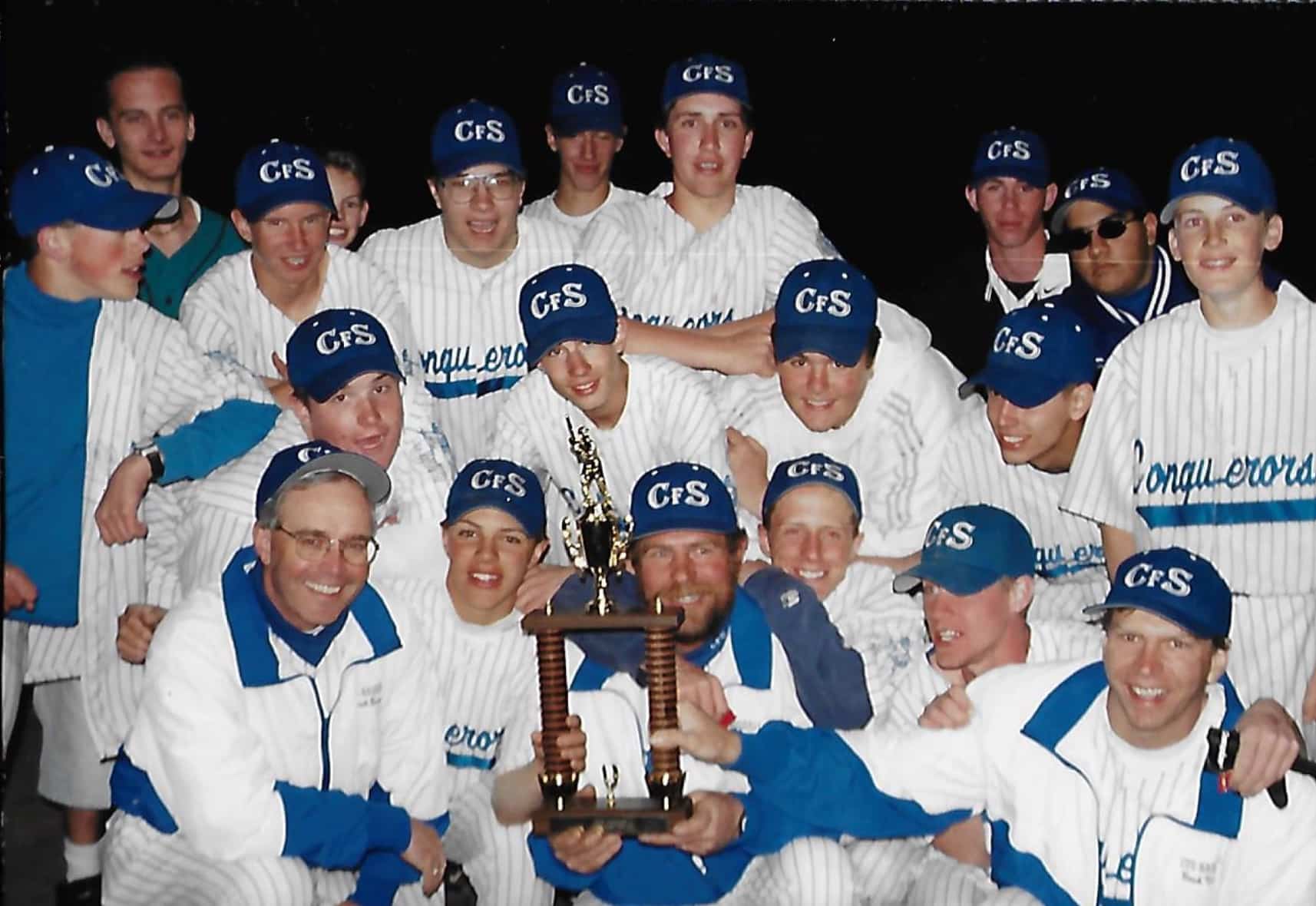 Can you imagine a high school baseball team taking the field for a league championship game with tears in their eyes? This actually happened on April 17, 1999. I was head coach of the Christian Fellowship School Conquerors baseball team. We always prayed before a game, but on this day, we prayed with the opposing team, together, in unity. Our prayers brought everyone to tears. Why? Here is the untold story.

A week earlier, on April 8, 1999, we had our final practice at the field where we would play for all the marbles the next day – Clement Park, Littleton, Colorado. Little did we realize that as we practiced, Satan himself was watching our practice, dressed in a long black trench coat, while laying unimaginably evil plans for April 9. We practiced hard; the team was fired up and ready to play.

But the game did not happen on April 9. That morning, a massacre unprecedented in American history took place, just yards from the ballfield – the Columbine High School shootings. Even as I write twenty years later, I can’t hold back the tears. Who could forget watching friends and neighbors on television, forced to wait hours to learn whether their children were alive or dead?

The Littleton community came together as family. All Christian churches dove in together to serve whatever needs arose. And they were many. This unity developed instantly, forced by horrid circumstances, reflecting God’s presence to people literally around the world. An interchurch prayer group still meets today as a cover over our students and our community.

But to date, we have never achieved the kind of inter-church unity that Fr. Thomas Ryan describes in his book Christian Unity: How You Can Make a Difference. If you have not read this book, get it.

I have been studying biblical unity, based on Jesus’ prayer in John 17:20-23, since 1998, just a year before Columbine. And I believe with all my heart that we need to do in all our communities the kinds of things Fr. Ryan discusses, to pull together, to be prepared to spread unconditional love for all, Christian expressions of faith every day, not just in emergencies.

Needed: A Symbol of Hope and Victory

So what happened on April 17, 1999? The prayer I led for both teams before taking the field was offered at the first moment Clement Park was reopened after the shootings. We had petitioned the County to allow our championship game to be the first event when the park reopened. We believed that our community, so traumatized by tragedy, needed a symbol of hope and victory, and the authorities agreed. We made this decision very carefully. We knew that there could be copycat reactions to the shootings that could cause harm to our students. Yet all the parents of the players and the players themselves – on both sides – agreed that we should draw together at this moment in history, to reject in unity the schemes of the devil.

As a result, our prayer at the start of the game was extremely emotional – a good chunk of fear snuffed out by determined unity on behalf of Jesus Christ, on display for all the world to see. The tears of our players as they took the field were not tears of fear, and they morphed to the kind of joy that only Jesus can provide, as they heard the umpire shout: “Play ball!”

When the first pitch was thrown, there were only a few parents in the stands, because there had been no announcement of reopening the park. The game was tense, well-played, and went into extra innings. As coach, I was focused intensely on my players, and it was only when we won the game on a two-strike, two-out suicide bunt that I heard a huge roar, and looked up in the stands. The game had slowly drawn the community back into the park, and now the stands were packed, our community reborn, by the power of the Holy Spirit.

Jesus prayed for his disciples and all who would come to believe in him as Lord and Savior:

So that the world may believe.

This was a great moment for the Columbine community. But we have not yet begun to scratch the surface of the powerful potential of unity Jesus prayed for and the unity Fr. Ryan describes in his book.

Ironically, two and one-half years later, I became (to my knowledge) the only person on the planet who was in close proximity to both the Columbine shootings, and the attacks on the World Trade Center, 8:40 a.m., September 11, 2001, in New York City. I saw the second plane hit the World Trade Center – live. The flashbacks to Columbine nearly crushed me.

Unity happened there that day, too. But that is another incredible story.

Let us dedicate ourselves to joining together in unity, practicing unconditional love for each other, every hour of every day, not just when tragedy strikes.

E. Larry Beaumont will graduate from Louisiana Baptist University in May 2020 with a Masters Degree in Christian Leadership. A native of Bedford, OH, and now living in Littleton, CO, he has written three books on Christian unity: Faith in Motion (1998); How to Be a Frequent Flyer (2002); and Streamside: Finding Peace through Perfect Unity (2013).